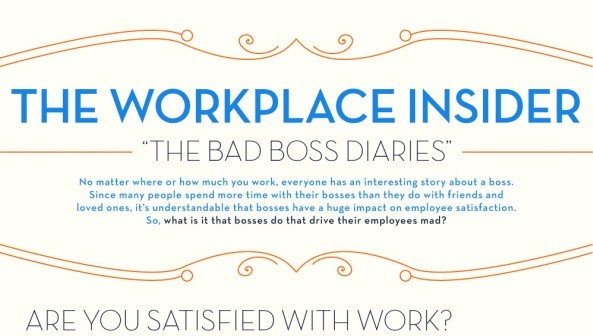 Are You a Bad Boss? #INFOGRAPHIC

Not too long ago Spark Hire took a look at what made a poor manager and suggested that managers all over the country evaluate their own habits. Being a bad manager can really hurt your company culture and your team’s productivity as well. Considering such information, when we came across this infographic from Visual.ly we couldn’t help but pass it along. What do you think makes up a bad boss in your employee’s eyes?

Take a look at the infographic below and see what things you should avoid so as to not be labeled a “bad boss” by your employees.

How to Improve Employee Satisfaction

Happy employees are the sign of a successful organization. They demonstrate that a company is invested in hard work and helping employees grow professionally alongside the organization. Employee satisfaction, however...